The Vanishing - Songs For Psychotic Children (2003) 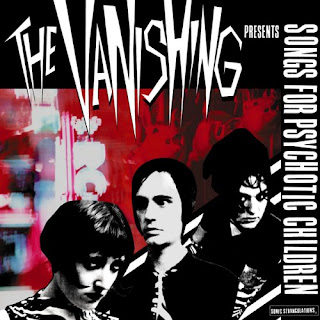 The Vanishing - Songs For Psychotic Children (2003)

The Vanishing are Goth, but not the kind of Goth that perches you over the sink in a candlelit bathroom with a razor blade against your wrist. They're more like Goth that makes you put on three extra coats of eyeliner and your pointiest dancing shoes. Songs for Psychotic Children sounds like Joy Division with the Cure's guitar player on bass and Lydia Lunch or Nina Hagen singing-with unbelievably dance-y beats flush against flanged bass and panicked little-girl-trapped-in-a-woman's-body (or vice-versa?) vocals-but also remembers the bands the various members have laid to rest, such as the Subtonix, the Knives and the (not-quite-dead) Lies. Call it post-Goth or call it New Darkwave, but the Vanishing have tapped into everything that made their influences great and come up with something wholly original. After all, this is a punk-punk band whose black-clad, mop-topped drummer occasionally answers to the name Muffin and whose Clara Bow-meets-bride-of-Frankenstein singer/bassist Jessie is more likely to get in a grass fight at the cemetery than weep on someone's grave. With Jessie's vocals-are we hearing an exorcism or a murder here?-backed by dearly departed (no, silly, she just left the band!) Sadie Shaw's creative keyboard counterbalance and the drummer invoking whatever disco-drum demon he prays to, Songs for Psychotic Children is playfully dramatic, but never at the expense of the beat.

Most of the links are down, except for Megaupload (Don't know if the file works yet), but thanks for posting, not a lot of other blogspots have this!