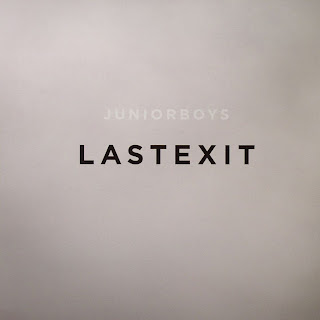 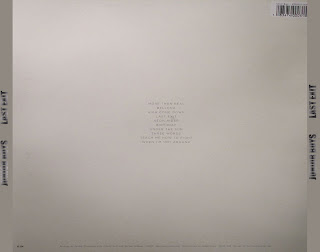 ALast Exit was preceded by two 12" releases that were strategically placed in the hands of critics/bloggers who were likely to be open to Junior Boys' sound — a mishmash incorporating parts from numerous styles and countless artists while being evasive enough to prevent dismissive accusations of plagiarism. The slippery tendencies left the releases open to several elaborate rounds of "spot the influence" on the part of the writers, all of whom were successful to some extent. Call the group bedroom dance-pop, a boy band conceived by The Wire, sophisti-pop as produced by Germany's Timbaland analogue — whatever. The group's ability to synthesize so many elements with such subtlety really isn't their greatest asset; it's that their music can be enjoyed with or without all of the analysis and context, whether you're tucked inside a snowbound outpost or winding your way through some vast metropolis during nighttime. Several Last Exit highlights come from the teaser releases. "High Come Down," "Birthday," and "Last Exit" run on sparse skitter-beats, elliptical keyboard prickles, and endearingly vulnerable vocals, and they're all coated in a compound of arctic frost and stardust. "Under the Sun," however, is a guitar-driven detour into shadowy atmospherics, trailed shortly thereafter by new song "Teach Me How to Fight" - the group at their prettiest and most touching thus far. The difference between the two songs illustrates the group's second greatest asset - their ability to be alluringly aloof, only to bring you to your knees with something wholly heartrending. If you like your pop a little left of center and found the Postal Service to be too cute and syrupy, your fix is here. And, just as a point of order, Junior Boys' use of synthesizers and drum machines — unlike a lot of groups and producers these days — is a lot more contemporary than past-obsessed.

I've been looking for this everywhere. thanks mayne

thank you so much!

This is a very nice album... thank you for shared it.
*m