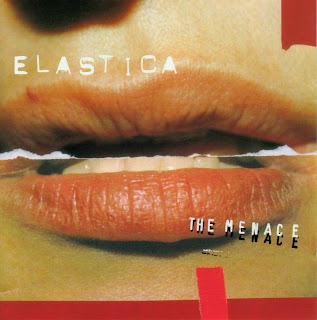 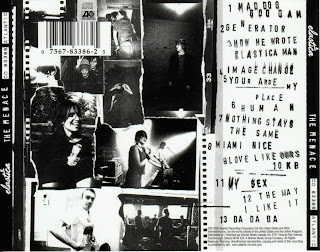 Elastica - The Menance (2000)
Mp3 @ 192 kbps - 52 M B t
The wait. That's all anybody listening for the first time to Elastica's second album, The Menace, will have in mind. Inevitably, with a five-year buildup, the first listen to The Menace will be a letdown, especially for diehards who bought the 6-Track EP — the full-length album contains four of those songs, albeit in (mostly) re-recorded versions. That initial disappointment fades fairly quickly, however, since this is an ideal second Elastica record. Since it sounds like a quick sequel to a hit record — a simple step forward instead of a great leap into the unknown — it naturally would have made more sense in 1996 or 1997. Of course, they'd tried to record the album numerous times between late 1996 and 1999, so this material had been kicking around for a while, until it was finally cut in a concentrated burst of creativity. Elastica bashed out all 13 songs in a matter of weeks, and The Menace teems with energy and excitement. Where Elastica was smart, sexy, and hooky, The Menace is cerebral, dense, harsh, and dissonant, a culmination of their obsession with such detached avatars of post-punk cool as Wire and the Fall (whose Mark E. Smith guests on "How He Wrote Elastica Man"). It's a subtle shift, since much of their signature sound remains in place — angular riffs, spiky hooks, Frischmann's cool vocals — but it's noticeable nevertheless, especially since there is no obvious single. A handful of cuts are still just as catchy in their own way as the hits on Elastica; what separates them is that here, the band is as enamored with chaos as they are with hooks. Other than that, the main difference is the preponderance of eerie, slower numbers, something totally absent from the debut. These are often built on layers of synths and tend to be considerably more reflective than the rest of the material, demonstrating the band's musical progression. It may not be the huge progression that some groups make after five years, but it is certainly a consolidation of their strengths and a restatement of purpose as Elastica the art-punk band. So it's a pretty damn terrific second album, a tight yet layered record that delivers — albeit incrementally — on the promise of the debut. But, of course, it can't be judged just on that level. Dedicated fans and gossips alike will be probing for clues, not just for why the band was out of commission for an abnormally long time, but for confirmation of persistent drug abuse rumors, the rifts that led to Donna Matthews' departure, and, ultimately, the dissolution of Frischmann's romance with Blur's Damon Albarn (the basis of Blur's 1999 album 13). It should come as no surprise that the coolly detached Frischmann offers almost no musical or lyrical clues on any front — as a matter of fact, she even includes two of Matthews' songs. But if you're in the habit of reading too much into things, consider the following. Frischmann closes The Menace with a cover of Trio's "Da Da Da," whose chorus — "I don't love you/You don't love me" — provides a wonderfully succinct counterpoint to Blur's sometimes overwrought 13. However, a certain Norman Balda plays "extra keys" on "Da Da Da" — certainly the same Dan Abnormal who played keyboards on Frischmann's first Elastica record. And, given everything that's passed in private and public between the two, that's a more generous gesture than including a couple of tunes from a departed bassist. ?!?