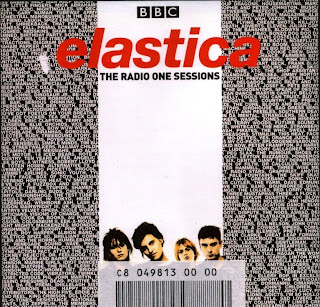 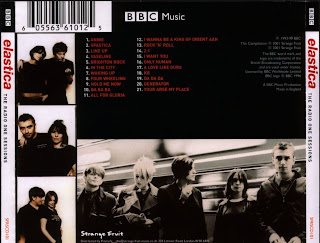 
Given the shockingly anticlimactic second and third acts of Elastica's career, it's easy to forget why they were considered one of the greatest, most exciting acts of the mid-'90s — not just one of the leading lights of Britpop, but one of the few to be acclaimed critically in the States (who, after the first Suede album, pretty much ignored Britpop until 1996, after it had peaked). Their eponymous debut offers a reminder why they were so highly regarded, but to hear what they really sounded like in the thick of things, to bring the era back to life in vivid color, The Radio One Sessions is needed. This is crackling, kinetic rock & roll, created with sharp angles, piercing hooks, thundering backbeats, slyly jaded debauchery, and overwhelming, unbearably hot sexuality. All this hangs stronger here, amid the songs that never made it past B-sides, or even those that didn't make it that far, not just because the band is looser, rocking harder, but because this plays to the group's strengths. There are no misguided "Indian Song"s, no soul-baring tunes like "Never Here," just tightly wound, thrilling alive art punk-pop, rarely longer than two minutes and 30 seconds. Listening to their first five sessions — tracks one through 14 — Elastica sound as good as a rock band could hope to be, even when they're performing carols for John Peel's Christmas broadcast. The Radio One Sessions dips off a bit with the sixth radio session — a set from 1996, when they added electronica beats while flailing around, trying to find a way to follow their fluke success — but it ends on a high note, with their final session, when they pulled it all together for a fine second effort that sounded a lot like the first. But all this doesn't hurt what is really one of the greatest, and most necessary, BBC sessions yet — yeah, a lot of this has circulated on bootleg before (after all, Elastica came of age during the great boot boom of the '90s, when every group had at least five boots easily available), but this is music so good, it not only deserves to be out officially, fans won't mind buying it again.
Tracks
All Music
Descargar
Writte a comment , it's only i need, PLEASE
Escribe un comentario , es lo único que te pido
Publicado por Hope Against Hope en 18:22