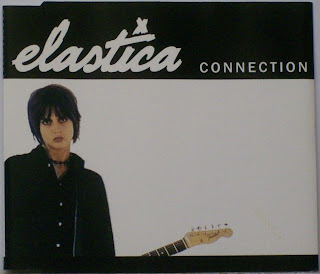 Elastica's brief, angular, and catchy punk rock became a hit on both sides of the Atlantic in 1995. While the group reworked both the sound and the image of new wave and punk rockers like Adam & the Ants, Wire, the Buzzcocks, and Blondie, the band's songs are more pop-oriented and hook-driven than most of their influences, and Justine Frischmann's cool sexuality is earthier, yet more detached, than Debbie Harry's.
Descargar
Writte a comment , it's only i need, PLEASE
Escribe un comentario , es lo único que te pido
Publicado por Hope Against Hope en 18:13

Fucking Goblin! Outstanding! Thank-you's of the highest order are in order! Cheers.