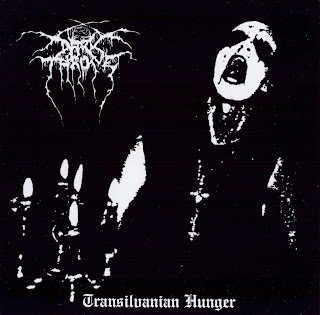 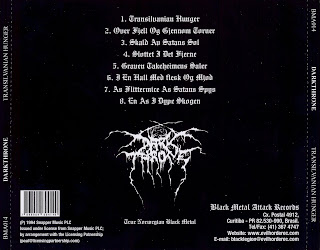 This is it, the greatest black metal album ever. Mayhem and Burzum, even the great Venom, aren't even close to what Darkthrone created on this album. A freezing wind sweeping over a desolate wasteland. Contrary to what many believe, it is perfectly produced; sounding just the way it should. Unbelievably raw, violent and downright ugly, yet beautifully melodic and atmospheric. Those vocals man, they have to be heard to be believed. The best ever in black metal, simple as that. They hover over the music and sound perfectly, loud and clear. Even the cover art is great; very dark and raw like the album. And the songs are just pure perfection; minimalistic, stripped down to the essential. Simple would be the wrong word, because the compositions are excellent and carefully created. Most lyrics are in Norwegian, adding to the mystique of the album. (Translations are available on the net though). Half of the lyrics are written by Fenriz, the other half by Count Grisnakh from Burzum, who at the time was already in prison for the murder of Euronymus. The evil count even drops some vocals on As Flittermice As Satans Spies; played backwards at the end of the song, it sounds just awesome.
There are really no weak songs on the album, most would say the title track is the best song. Maybe, there are just too many to choose from!
many ways this is the perfection and culmination of the black metal genre; the raw production, haunting and grim atmosphere, great melodies, minimalism; it's all there, executed to perfection. Ironically, there is only one way to go from there, and since its release in 1994 the genre has been on the spiritual decline and into the mainstream. Even Darkthrone themselves have been on the decline since then, although this albums' follow-up Panzerfaust is awesome too. If you only have enough money to buy one black metal album (which would be a pity), buy this one!