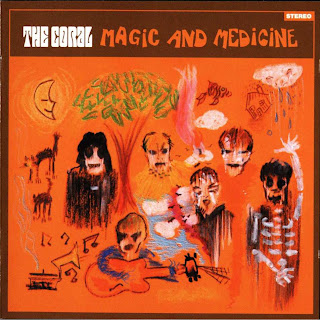 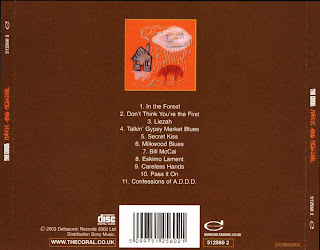 Mixing equal bits Merseybeat melody, ragged "Nuggets" energy, and pure rock nostalgia, the Coral create one of the 21st century's finest odes to 1960s and 1970s garage rock. Not since the La's has a band more convincingly aped an era, and like that album, there's not a cringe-worthy moment in sight. Everything's in its right place, one might say. If the lads were accused of being too bombastic and experimental on their debut, here they reign in their influences and just stick with the program of creating rocking tunes. So subtle are the songwriting, playing, and production, one almost imagines these 12 songs are lost sonic treats from the Animals, Love, or some long-lost band. While a number of songs stick out as catchy, melodic, highlights, particularly the U.K. singles "Don't Think You're the First" and "Pass It On," a majority of the songs work as growers. While the band has abandoned the rousing loony attitude of its debut, and filtered out any ska influence, jazz, blues, and Spanish guitar motifs keep things varied. Beyond the singles, every track works its own fine magic, but the spooky, chugging "Bill McCai," and the atmospheric ballad "Careless Hands," are particularly noteworthy. The album loses its bearings somewhat after "Pass It On," not because the final two songs are weak, but because they stray from the even tone of the previous ten songs. Remarkably authentic in recovering the vibes of early British rock, Magic and Medicine is a mature, solid throwback. Whether or not the Coral travel these same musical avenues in the future, for now they've definitely created an album that's a world unto itself, and one that's well worth repeat visits.
All Music
Descargar
Writte a comment , it's only i need, PLEASE
Escribe un comentario , es lo único que te pido
Publicado por Hope Against Hope en 18:53