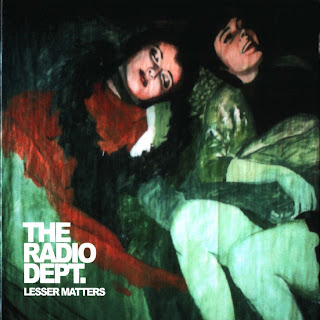 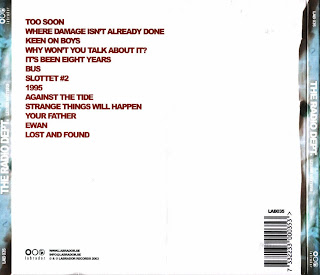 With no previous knowledge of Sweden's The Radio Dept, I bought their album Lesser Matters after sampling the first 3 songs at a listening station. It has been one of my best music purchases in recent memory. I would define their music as dream pop. It has that ethereal sound. The vocals are distant, gentle and hushed at times.

An unusual aspect of The Radio Dept's music is the use of white noise/feedback in their songs. At first, some may find this somewhat off-putting or that it interferes with soft melodies of their songs. I did. After a few listens, however, I became accustomed to its presence and began to like it. It is effective and generally works well. It also gives their music a distinctive note.

The lyrics of Lesser Matters deal largely with loss, the end of relationships, and emotional distress. The song "It's Been Eight Years" with its lyrics "I never knew that good experiences could cause a pain like this. I want something I can't have," epitomize the tone of many of the songs. Despite the subject matter of some of the songs, the music isn't depressing. Not all of the songs have lyrics of doom and gloom either. In the song "1995", the singer looks back fondly on a that happy year while proclaiming "though I'm happier now."

Lesser Matters is a small, understated, emotive album. Those who are fans of the dream pop genre will have a great new addition to their collection and newcomers will get a great introduction.

THIS RECORD IS EXCELLENT, THANK YOU!