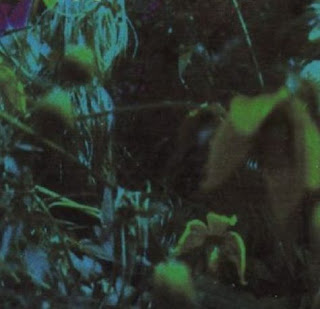 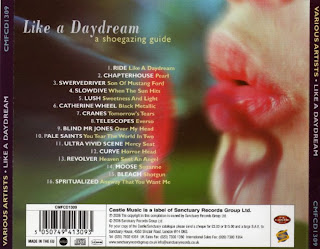 Every genre, putative or not, must some day get its due, or so it seems. The Internet readily allows for many more homemade compilations these days, but there's still room for formal efforts, and in its own small way, Like a Daydream, a single-disc effort covering the first blush of shoegazing in the U.K. (named after the early Ride classic that starts the album), has its place. It's partially a logical outgrowth of the Castle/Sanctuary label's repackaging of many of shoegazer's back catalogs — Ian Watson, who did the liner notes for the Slowdive reissues, does similar honors here. But it does include a number of efforts courtesy of other labels and ultimately functions as a pretty good all-around taster of a heady time. Perhaps logically enough, My Bloody Valentine do not appear on the disc — Kevin Shields was rarely comfortable with the many bands that followed in his wake and understandably wanted his work to be seen separately. So Like a Daydream is in the end more of a focus on the aftermath, picking one song each from nearly every group that made an initial splash in the early '90s that loved psychedelic blur, gauzy vocals and general tripping out. What the disc helps make clear is the actual variety at play under the general sonic label — Chapterhouse's dance bliss-out "Pearl" and Swervedriver's sprawling guitar raunch "Son of Mustang Ford" are hardly similar, for instance. Meanwhile, a number of acts are included that had tangential connections at best — Cranes' "Tomorrow's Tears" is spectacular but far more skeletally goth than anything else, while groups like Ultra Vivid Scene, the Telescopes and especially Spiritualized had progressed from different if parallel backgrounds than those who played out their copies of Isn't Anything. (Not including something from A.R. Kane, meanwhile, seems a glaring absence.) But overall, Like a Daydream is a sweet treat — and credit should go to the compilers for choosing Slowdive's underrated "When the Sun Hits" over the much more familiar "Catch the Breeze."
All Music
Parte 1
Parte 2
Writte a comment , it's only i need, PLEASE
Escribe un comentario , es lo único que te pido
Publicado por Hope Against Hope en 16:21

hello. you have a great blog with tons of great music...more than most blogs. unfortunately i havent been able to download a single record. can you shed some insight on the matter please. thanks, Chris